Tom Tanquary of Picture and Sound Productions has completed his film “Hand Drawn Life” about the history and influence of newspaper comic strips. They’re more than just the funnies. From being the first form of American pop culture to becoming one of the most influential art forms of the 20th century, they are the mirror to our society. 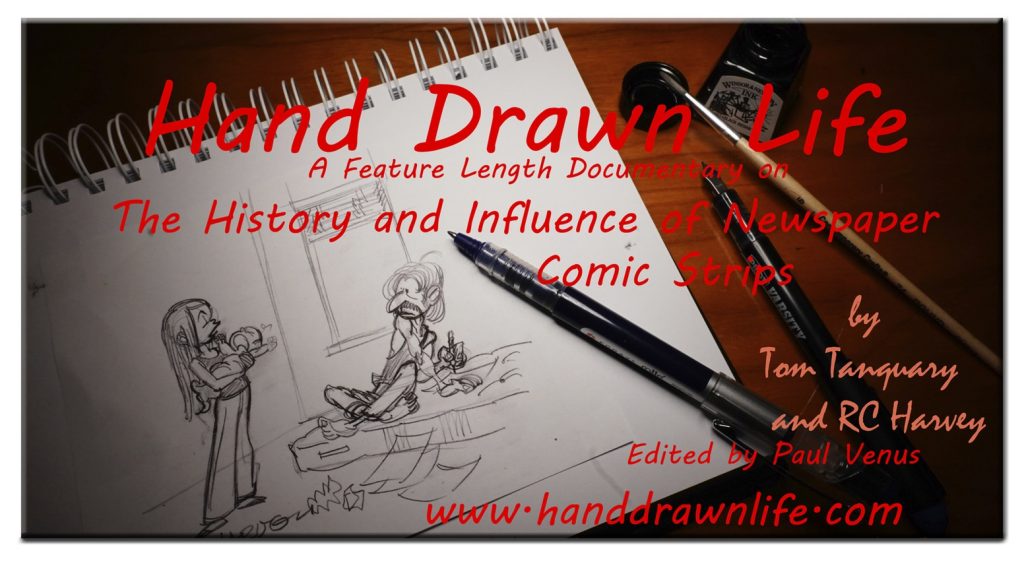 The air date and time has been set for showing this film in the Southern California area. It’ll air at 7:00pm on Thanksgiving Day 11/28/19. It’ll be on KCET-TV SoCal PBS Channel 28.

Viewer response in the form of emails to the station’s web site and postings on their social media is very important to get this considered for a national showing. Even if you have already seen the film, letting KCET know your thoughts about it is still very valuable.

Thanks! Watch the preview here: