Tom Tanquaray’s film, Hand Drawn Life, will stream free on Sat Nov 21st on YouTube Live. Sign up in the link below. Please pass this along to anyone you think would be interested. It’s a feedback forum so comments are encouraged (hopefully positive). While this film predates the current pandemic and other crises, Tom hopes it shows why comics are an important outlet to mirror the common experiences and express the collective anxieties.

Documentary filmmaker, Tom Tanquary, interviewed Lynn — and many other comic strip artists — for a documentary he’s making about the history and influence of newspaper comic strips.

Hand Drawn Life is now nearing the post-production phase, and Tom is looking for some contributors to their Kickstarter campaign, to raise funds to complete his longterm project. 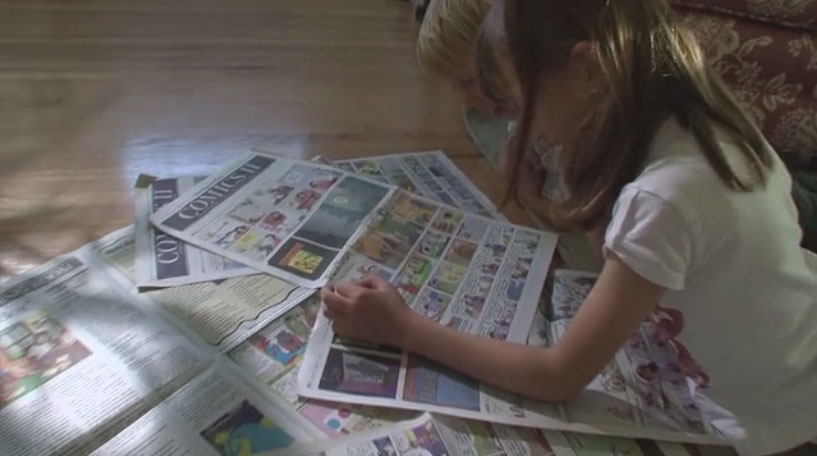 The film has already been “written”. Although there is no narrator or voice over tracks. The narrative of the film comes entirely from the subjects in the film. Nothing is scripted. Through their words, and experiences, they weave the story of the newspaper comic strip. From the early days of Hogan’s Alley (the Yellow Kid cartoon) right up till today, they show us with first hand knowledge the importance and influence these visual Haikus have made on American culture and society.

The last chapter of this adventure is the post-production or editing work. This I can’t do on my own. To bring the work of these fine cartoonist/artists to life in a video is more than just showing the artwork. Their work will not be manipulated, animated, or otherwise changed. Only the way it is presented will be changed. Nothing within their frames will be affected. For that I need a professional editor, whom I have found in a dear friend, Paul Venus.

The budget for this part isn’t extravagant by film or TV standards but is beyond my means. It’ll take 6 weeks of full-time work to complete. And it’s work that can’t be done now and again like the way I shot the interviews. It has to be done in one continuous flow.

You can watch some clips from the film on the Kickstarter page, where multiple levels of sponsorship are available if you’d like to contribute to finishing the documentary.