A few weeks ago, my comics colourist and dear friend, Kevin Strang, had to say goodbye to his beloved yellow lab, Odin. It was a very difficult thing to do. Odin had been a fixture in Kevin’s studio for many years–and was part of the furniture. One of the things I remember about Odin–besides his love for Kevin, the outdoors, water, and chasing sticks, was his affinity for squeaky toys. He wouldn’t chew them; he would gently take them in his mouth and savour the sound. His rubber chicken was a favourite. He would make the most awful racket with that chicken–with a look on his face of pure satisfaction. He was a wonderful dog; a beauty. His loss was very hard on the family.

I had such a good time painting Keira for my friend, Laurel that I asked Kevin and Karen if I could try painting Odin. This is the result. 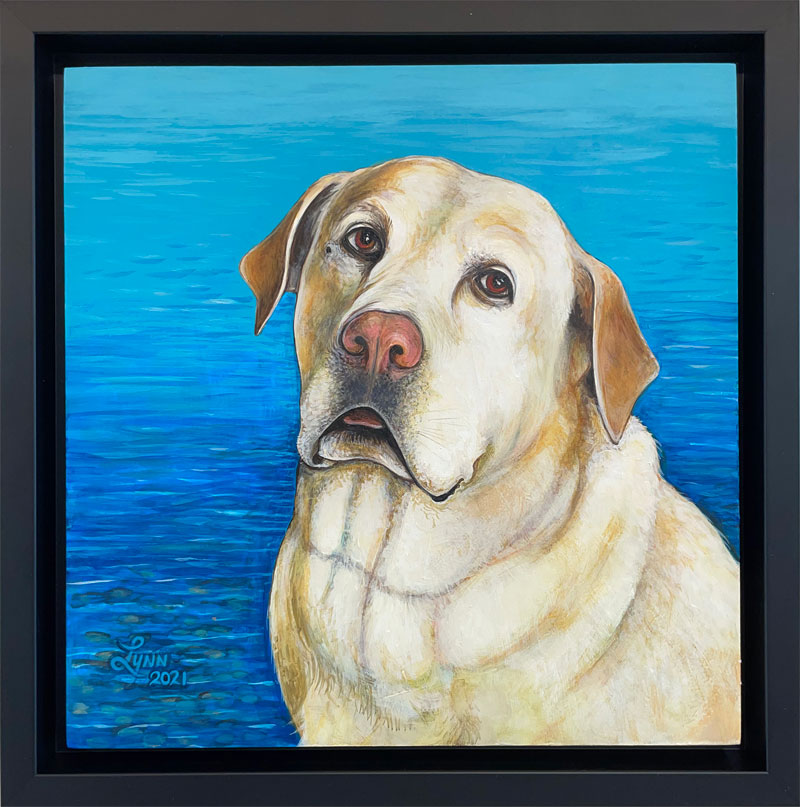 A fun note: I forgot to paint in the whiskers on the left-hand side, and noticed this just before we sent the package to Kevin. The photo was taken before this change. I think it’s a funny bit of info. Adding to that is the anxiety I felt, wondering just what Odin’s whiskers were actually like, because they didn’t show up too well in the photo I was using…and I couldn’t remember Odin having whiskers at all! I called Kevin and asked if Odin had whiskers. Kevin said “he was old, so he had a few.” This made me laugh. I’m old and I have a few, too!

Anyway, I have discovered that painting a pet is as serious as painting any portrait, and if you can get a good likeness…you’ve done OK.

A few weeks ago, a dear friend I’ve known since high school asked me to paint a picture of her dog, Keira. I agreed, but since I’m not a “portrait painter” and I know how important pets are, I told her the job would be experimental. I did have a good photo, and I really like her little Sheltie, so I gave it a shot. I was surprised by how the final work turned out. Here is the series of images I sent to Laurel to show her my progress…and the final painting. When I took it to Laurel’s place, Keira sat on my lap for a photo. 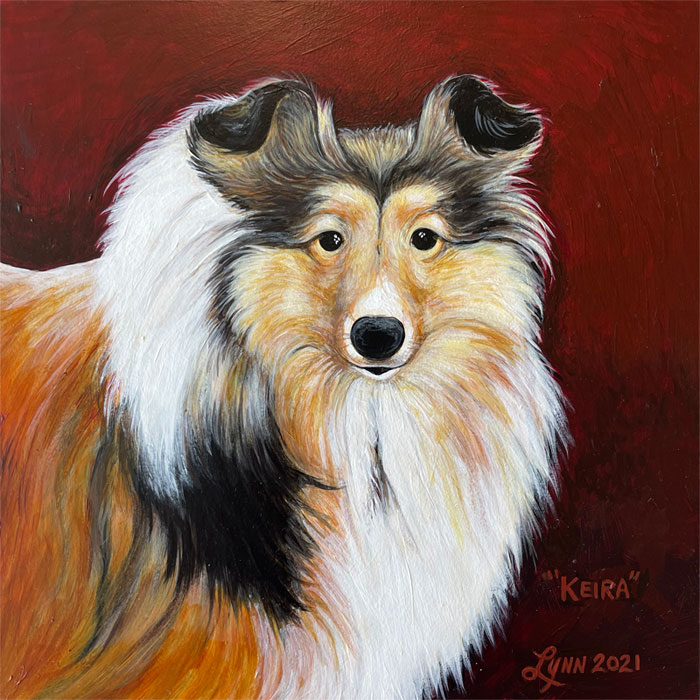 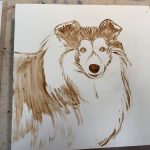 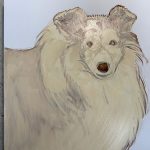 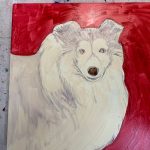 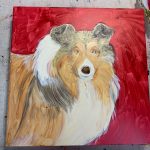 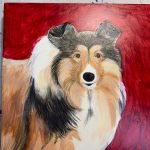 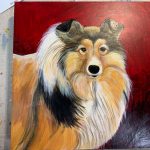 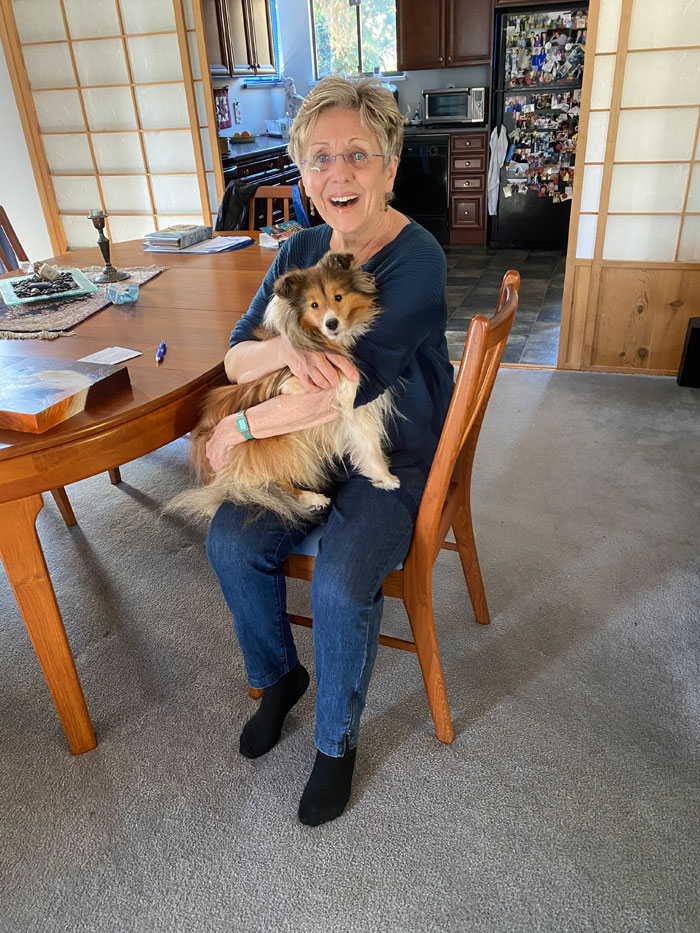 Looking for things to do? We’ve added to our selection of printable colouring pages, with drawings for every age and skill level to enjoy. Try them out yourself (it’s very relaxing!), or print some for your kiddos.

A couple of months ago, Lynn received a lovely letter from a young mom, telling her how similar her life was to Elly Patterson’s and how much she related to the strip. Sarah talked about her kids, the mess, her life and her dreams—and how everything was on hold, now that parenting was her overwhelming new reality. Lynn wrote back and suggested Sarah focus on her writing, if she could find the time. In fact, Lynn liked Sarah’s writing so much that Sarah now has her own feature area on our site, called It Never Ends! Check out Sarah’s column about what it’s like to be a stay-at-home mom to two little kids. 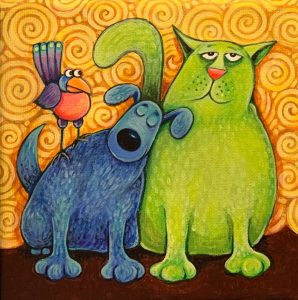 What has Lynn been up to since she retired? She enjoys painting with acrylics, and we’ve collected some of her art here so you can have a look. We just added a few pieces she recently finished.

We’re looking into ways of offering prints of her art; please let us know if you would be interested in ordering them, if we added prints to our shop!