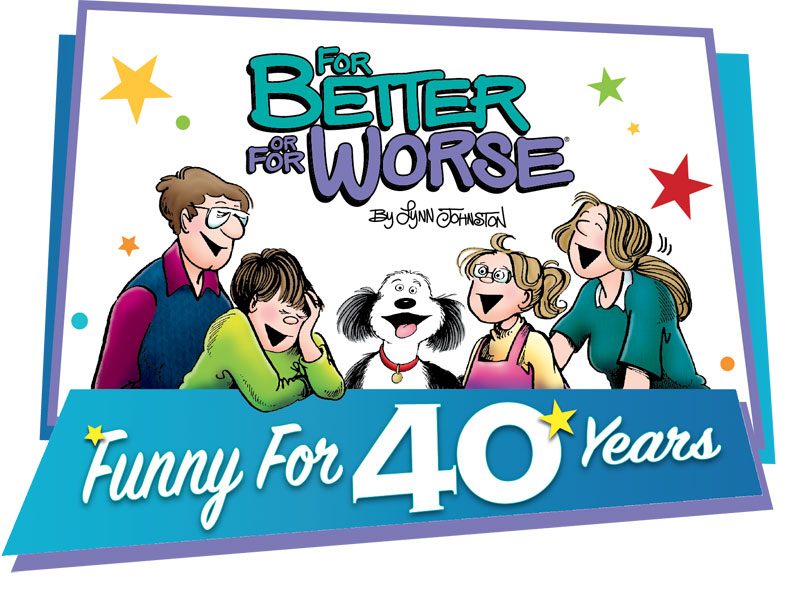 Lynn Johnston created For Better or For Worse in 1979, after being offered a 20 year contract by Universal Press Syndicate (now known as Andrews McMeel Syndication), who wanted to showcase family life from a woman’s point of view. The first strip was published on Sunday, September 9th; it was only loosely based on Lynn’s own family, but over the years FBorFW grew to accurately reflect family life across North America – in the 80s, 90s, and 2000s. 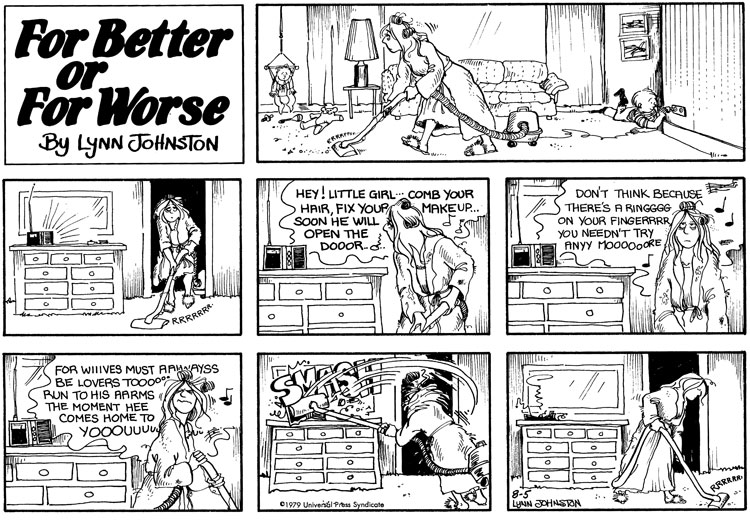 In 2008, Lynn wrapped up the For Better or For Worse saga, which included hundreds of characters and storylines, spanned two generations of the Patterson family, and saw Lynn awarded the Order of Canada, a Reuben Award, and a Gemini award (for an animated special based on the strip), and nominated for a Pulitzer Prize.

This fall marks the 40th anniversary of For Better or For Worse, and to celebrate we’re rolling out contests and new website content, to thank our longtime readers – and welcome our new ones! Watch our site for updates throughout the year.

Are you new to the strip? Learn about FBorFW here — 1979 to Now: Growing Up All Over Again.

The first new project we released this year was our revamped Strip Catalog, where you can read the entire 40-year run of FBorFW from start to finish. Explore the whole cast of characters, browse by location, call up a random strip, or look in the right sidebar for other ways to explore!

Next up is the brand-new Deep Dive feature, where we go through the FBorFW archive and ask Lynn to tell the stories of her older photos and artwork. Check out the first installment here.