Last May, at the Reuben awards, Sergio Aragonés–the master of the wordless MAD “marginals” and author of “Groo“–asked if I would accept the “Sergio” award, named in his honour, from the California based Comic Art Professional Society, or  CAPS for short.

I said I would be more than happy to…and I was! On November 9th, I was presented with the very funny and coveted statuette of Sergio himself, at a small banquet at the Airport Burbank Hotel. 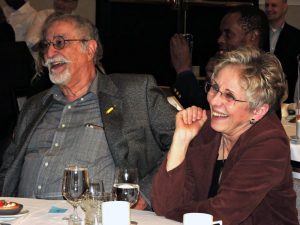 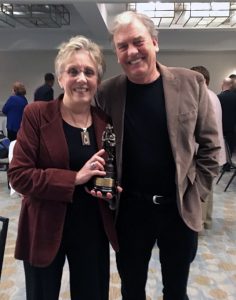 Lynn With Her Partner, Paul 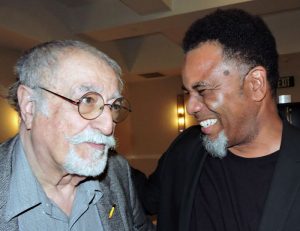 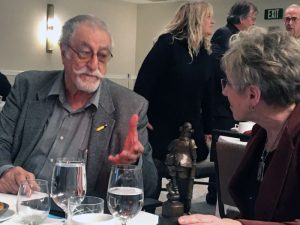 Some of my best pals were there. Greg Evans (Luann) gave a roast of yours truly–for which I now owe him a clobbering rebuttal–and Cathy Guisewite (Cathy) made a most wonderful introduction, over which I am still feeling pretty misty-eyed. 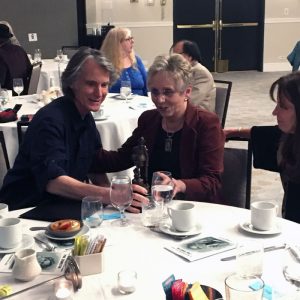 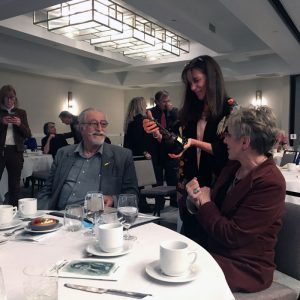 Lynn with Sergio and Cathy Guisewite

Over the years, we syndicated cartoonists have all become family. It’s a crazy career with its ups and downs–a sort of stand-up comedy gig, but from basements and quiet studios, hidden from our audiences. We understand, respect and admire the people who share this coveted newspaper real estate. A comic strip isn’t an easy job.

While in Burbank, Paul and I had the opportunity to spend time with Cathy, which was wonderful. Now that we are retired, we can actually sit and talk about other things! We enjoyed lunch, dinner, and some lingering cups of coffee and we introduced her dog, Leo, to bacon….something for which Cathy has some regret. 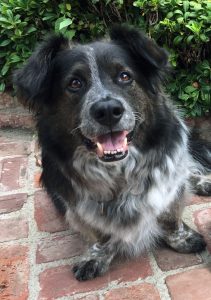 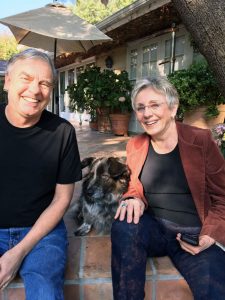 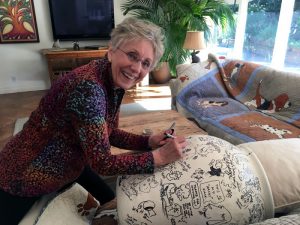 We spent time with the CAPS members, some of whom work at the Disney studios. On the morning of our departure, we were treated to a tour of Disney’s products department, which works on things such as books, toys, and clothing. It’s a maze of cubicles–and in each one works a creative genius. I’m not kidding. In one fast tour, we met some of the most talented artists on earth. 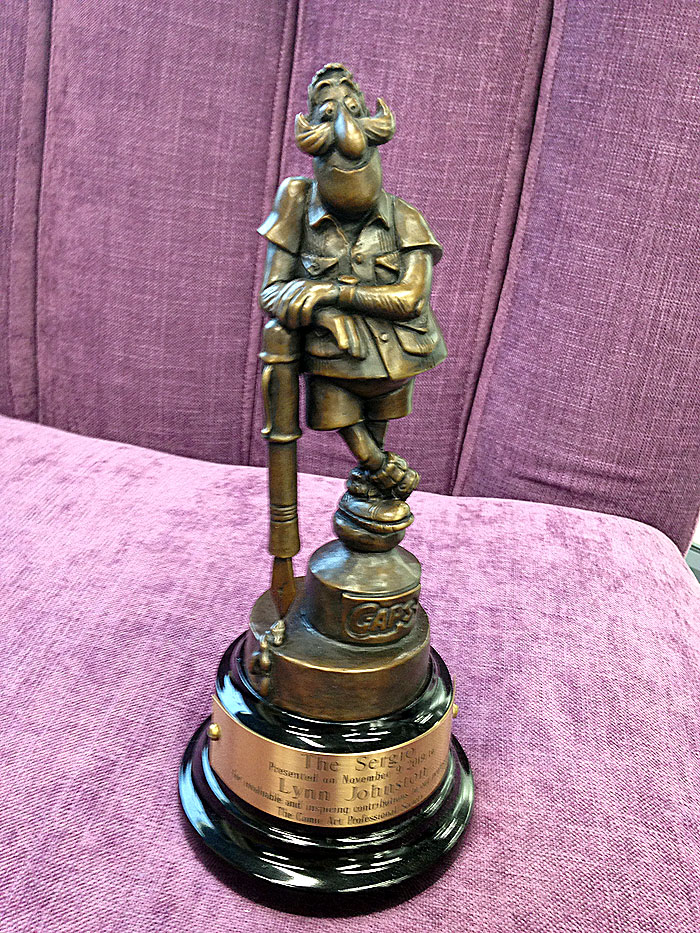 After lunch at the company commissary, and a promise to come back for the animation tour, we caught our flight back to Vancouver, almost missing our boarding time. The Sergio statuette had caught the attention of the security system and had to be thoroughly inspected. The funny part was seeing the look on the guards’ faces as they found “Sergio” standing on a pedestal, holding a dripping pen. It really is a funny bronze statuette, and it’s now one of my most favourite things. What an honour. What a gift.