Over Lynn’s long career, she’s accumulated lots of photos and artwork (see our first Deep Dive feature for some more background info). We thought it was time to pull some interesting items out of our archives, show them to Lynn, and ask her to tell us the stories behind them. 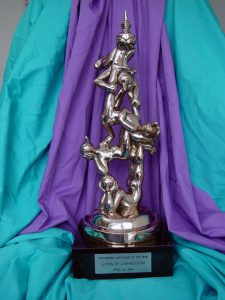 Can you tell us a bit about how it felt to win the Reuben?

I was overjoyed by my nomination, but I was expecting not to win. Jim Davis was also nominated for “Garfield” and everyone expected him to walk away with it. When I won, I was so shocked I just stood there and had to be coaxed to the stage. I was pleased about winning, but in reality, it was too soon. I felt I hadn’t proven myself yet. Jim deserved to win. 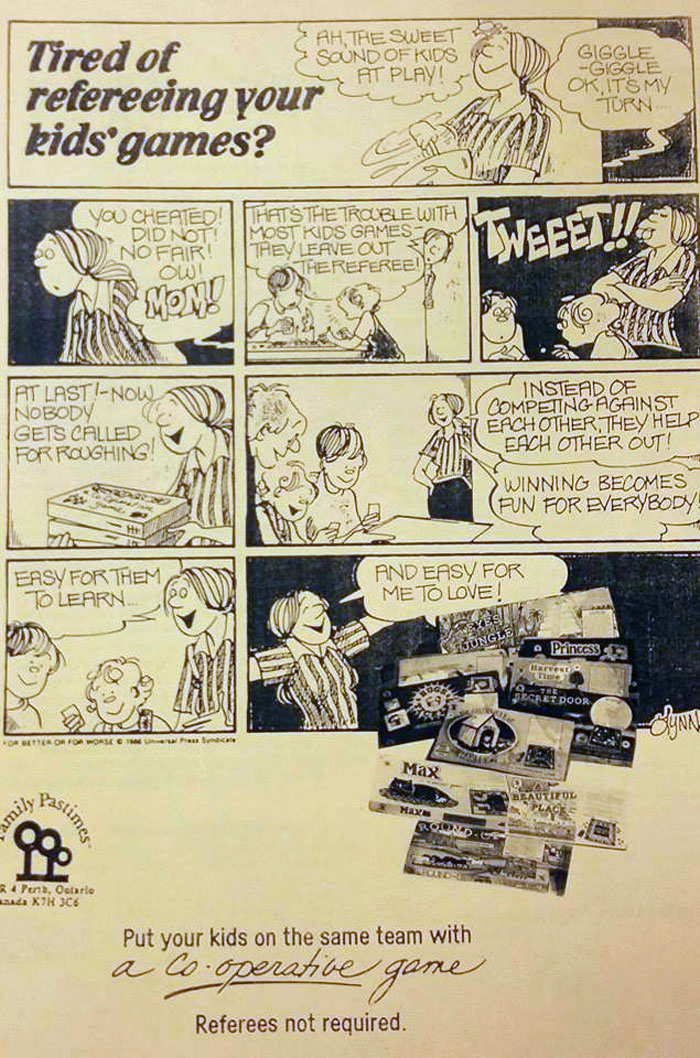 I have done so many things like this over the years that it really is hard to remember the details. This was an ad for a family board game that was designed to result in a happy outcome without the stress of “winning and losing.”

The company that created the game paid me for the art and we were given one of the games to try as a family. To be honest, I don’t think we ever played it and it was given away when we moved. 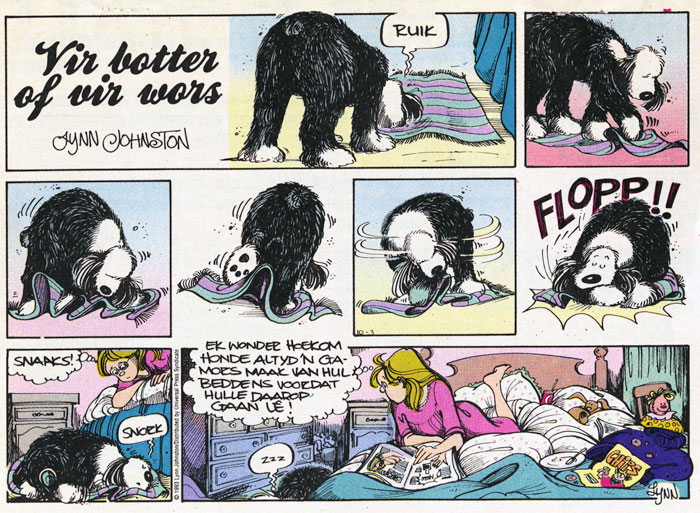 It was exciting to see my work in other languages. I was unable to tell if the text was true to the original or if the joke “worked,” but it was a real sign of success to know that FBorFW was being read on the other side of the planet. I especially loved the way sound effects were translated!

[We’re working on a website feature where we’ll collect some of these translated strips together!] 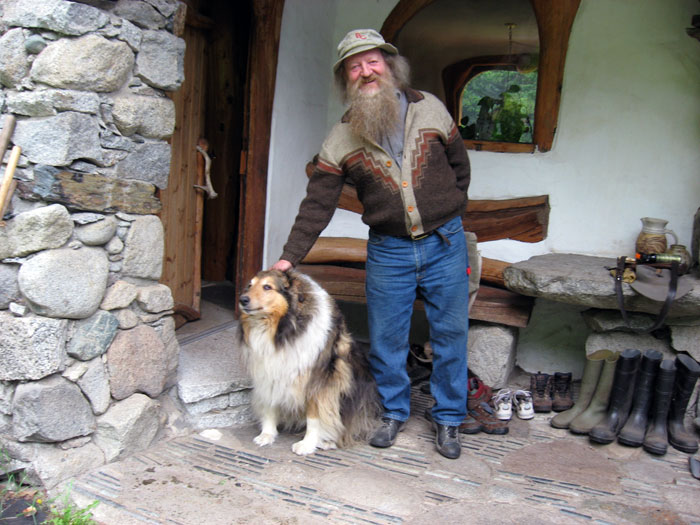 This is my dear friend Bernhard Thor standing outside his mountain cabin with his dog, Prince. He is a renowned sculptor, painter, and stone carver. We have known each other since art school, circa 1965. 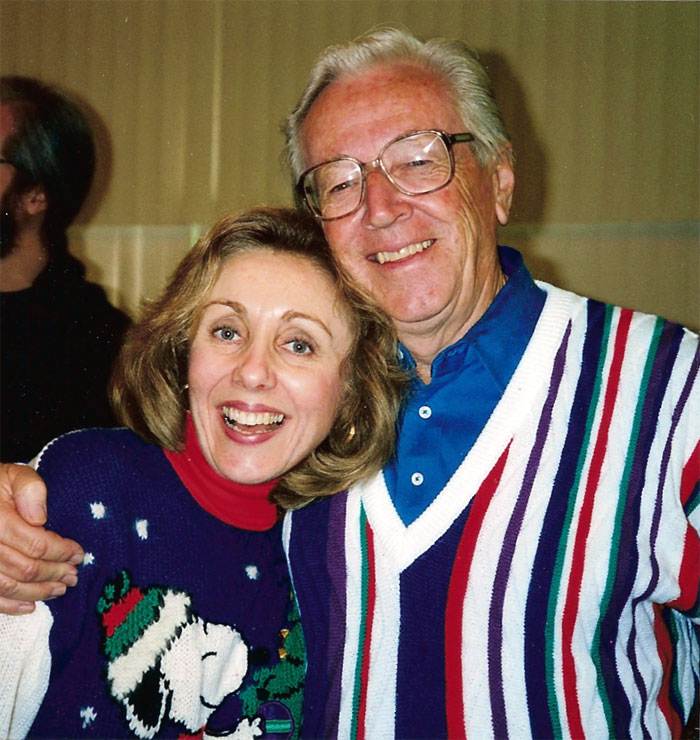 The sweater I’m wearing here has a story to it. Sparky (Charles) Schulz, seen here beside me, had invited me to sit in on a licensing meeting at his studio with two of his New York executives. They were showing him new designs they had created for jewellery, clothing, and porcelain products. This sweater had been made in Paris, was a prototype, and was one of a kind. He opened it out as they were telling him about the way it had been made, how unique the materials were, and that they were delighted with the colours. Sparky was furious; “How many times do I have to tell people that Snoopy’s nose is not shaped like that?!” he roared. And he tossed the sweater across the table at them. I wasn’t supposed to have an opinion. I wasn’t supposed to say anything at all…but I blurted out loud, “I like it!”

Sparky took the sweater and threw it at me saying, “You wear it then!” I took the sweater—much to the frustration of the designers who wanted the sample back! I’ve worn it every Christmas ever since. 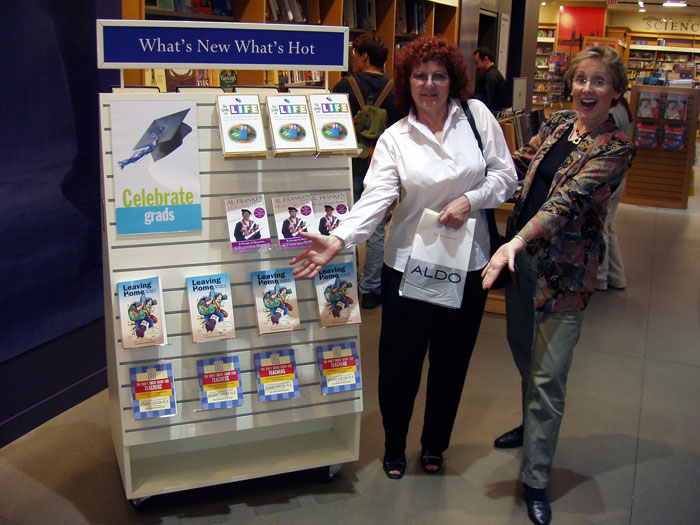 My friend Andie Parton is a smart, thoughtful, creative, diplomatic woman…and funny as hell. We both had young adult children, and the politics of seeing them off into the world immersed us both.

Andie had a million great tips and suggestions about how to live on your own—everything from budgeting to making bachelor meals on a hotplate. I suggested she write a book for kids fleeing the family nest for the first time and I’d illustrate it. The result was “Leaving Home,” which, for a while, sold many copies in university bookstores everywhere.