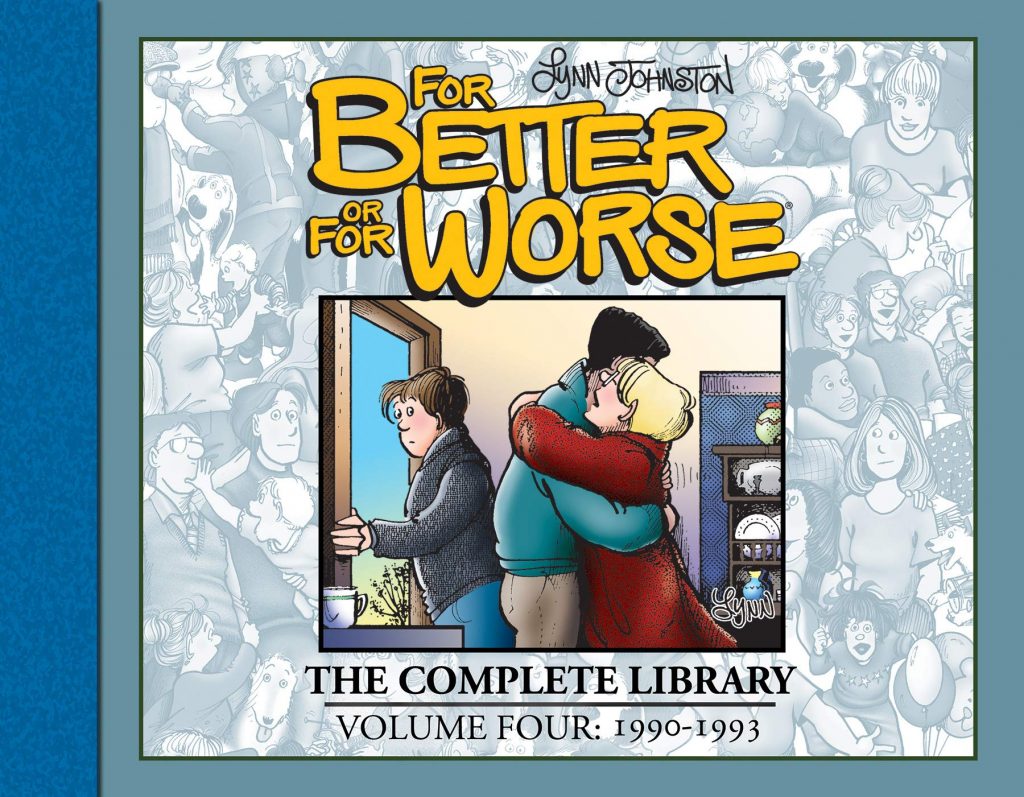 Our 4th treasury book in The Complete Library series is now available! Look for it at your local independent bookstore or comic shop! (We don’t sell these in our online store, as they’re very heavy and shipping is too expensive).

This volume includes the story that earned Lynn Johnston a Pulitzer Prize nomination. The ’90s start with a bang for the Pattersons when Elly finds out she is pregnant! Follow April Patterson as she grows from a toddler to a three year old, all in this single volume, but that isn’t all the excitement in the house, especially when there is a teenager around. Michael gets his first summer job, a steady girlfriend, and a driver’s license–if he passes the test. Adolescence is just as challenging for Elizabeth, who navigates middle school, learns to cope with the stigma of wearing glasses, and is peer-pressured into smoking a cigarette! Meanwhile, John succumbs to his (first) mid-life crisis when he buys his first model train.

The highlight of this collection, however, is Lawrence’s coming out story, a tender and compassionate tale of gender identity and acceptance for which Lynn was deservedly nominated for the newspaper industry’s top honor. Includes every comic strip from December 10, 1989 to April 24, 1993.

Each volume also contains a number of annotations by Lynn Johnston detailing motivations for certain strips, funny anecdotes, observations about the reaction from fans, and much more!