We’ve been collecting recipes from Lynn’s family’s collection, for your enjoyment. This special cherry cake was featured in this Sunday strip (and check out Lynn’s note about how her Mom turned the tables on her one day, making Lynn bake it herself!)

You can find the whole recipe series here. Hope you enjoy!

Preheat oven to 350°. Sift flour with baking powder and salt. Add nutmeg.
In a separate bowl, cream together butter and sugar. Add egg yolks and vanilla. Mix until light
and fluffy.
Using an egg beater, add alternately 1 ¼ cup of flour mixture with milk and beat until smooth.
Fold in egg whites.
Sprinkle ½ of remaining flour mixture over batter, then add cherries. Sprinkle remaining flour
over cherries (This keeps them from sticking together) and mix well.
Place batter in a lightly greased loaf pan and bake for 1 hour or less (until a tooth pick comes
out clean). Don’t over bake.
Warning: When cooled, this cake disappears almost immediately.

While sorting through our archives recently we found Lynn’s recipe for Boston Baked Beans with Canadian Maple Syrup. Check it out here, or download the PDF of the recipe. 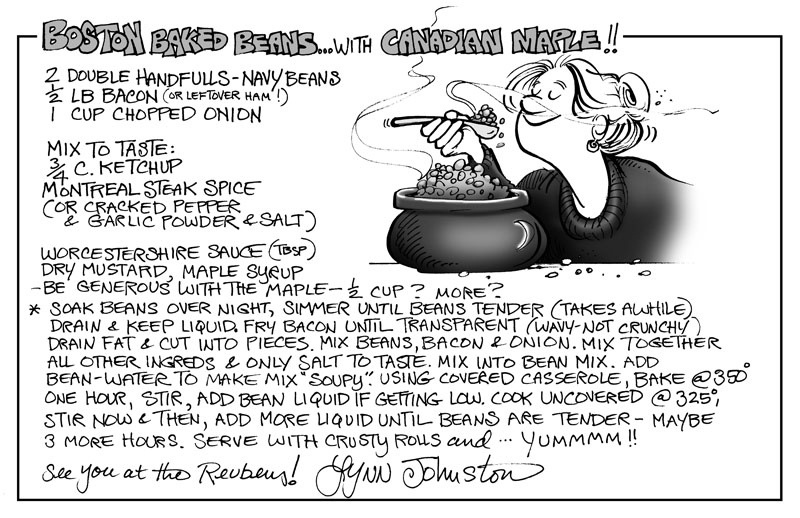 For Lynn’s recent birthday, her daughter, Katie, made her a batch of ribbon Jello, pictured. We thought we’d share the recipe (below): 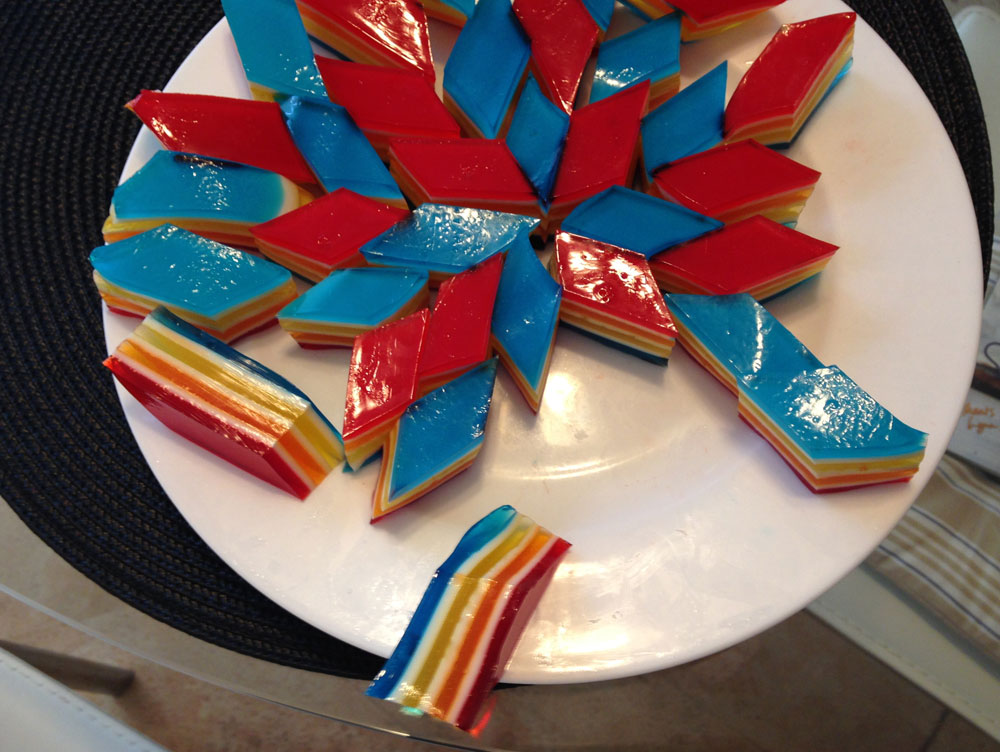 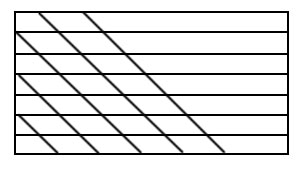 [Updated To Add An Addendum From Lynn]:

Hold the presses on the trifle recipe, Steph! I made a horrible mistake! It’s not strawberries you put on top of the sliced cake in the bowl, it’s sliced peaches!

You can print this heartfelt apology to anyone who already made the recipe. Guess I should stop trying to remember these things and just look them up. I just don’t remember where my moms old recipe books are!

We’ve been asking Lynn to share her favourite recipes (check them all out here!). Here’s a special one for her Too-Easy Trifle dessert:

Something easy and delicious…but plentiful! Be prepared for the kind of leftovers you’ll sneak for breakfast.

This is best when left to “marinate” for awhile, so put the whipped cream on just before serving. Surround the uneven edge of the bowl with whipped cream for a finishing touch.

The amaretto is what makes this so good. You will be sharing this recipe when your guests go for second helpings! Yummmmm!

We’ve been asking Lynn questions about For Better Or For Worse, knowing she’s a wealth of seldom-heard information about the strip, the Pattersons, and family life.

One of the things we wanted to hear more about was Elly’s cooking; her meat loaf in particular became a family favourite, mentioned by Mike more than once in the strip:

Lynn has her own family recipe, and having tasted the finished product ourselves, we were hoping we’d get her to reveal the secret. [It’s amazing…I’ve been saving one in my freezer for a day when I really need some comfort food –Ed.]

There is no recipe, exactly. It’s a made-up thing which varies in texture and taste depending on what you have to throw into it. Instead of ground beef, you can use venison, moose, or even chicken.

The no-recipe recipe for meat loaf:

The basic ingreds are:

The spices are usually:

This is good stuff in a meat loaf, so don’t be stingy. Mix it all in. You want the works to be moist enough to be packed into a glass or metal bread pan. You don’t need to grease the pan.

When the loaves are packed–leaving space along the sides for grease to collect–I take a bottle of ketchup and make a snaking pattern across the tops of the loaves. You might get 3 loaves, depending on the sizes of your pans.

Bake at 350 degrees until the loaves shrink away from the sides of the pans. Should take about an hour…but check. Take out cooked loaves, drain the liquid into a container, and let them stand a few minutes before serving.

Serve with mashed spuds, carrot rounds, and creamed peas. Add apple pie for dessert, and you’ve made one of my mom’s best comfort food dinners ever!

The broth you’ve poured out of the loaves will be mostly fat, but you can cool it in the fridge, take off the fat, and use the broth in soups or gravies. Lemme know how it turns out!

Note from Lynn’s staff: if you’ve frozen one of Lynn’s loaves, thaw it for several hours before you pop it into the oven, or dinner will be (very) delayed. Her meat loaf also tastes great crumbled into pasta sauce. 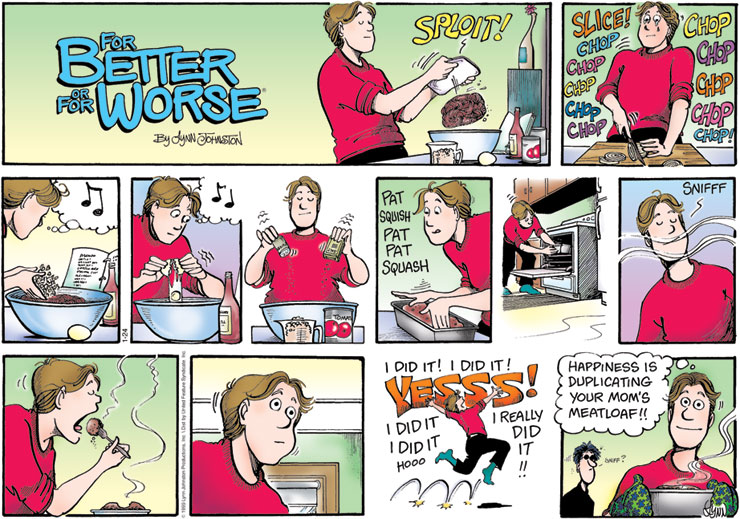