We’ve been asking Lynn questions about certain elements of FBorFW; there are certain things readers have wondered about over the years–and one of them has been Elly’s expanding and shrinking nose. Here’s what Lynn had to say about Elly, and the way she’s drawn:

The inflatable nose just happened. Cartoons, for me, are like thinking in pencil–I draw what I feel, instead of describing it in words. Elly was the character to whom I was most connected, of course, so anything I did concerning Elly was with loads of emotion.

In the early days when my drawings were looser, more fluid, I drew wildly. The expressions on the characters’ faces, their body language, everything was greatly exaggerated. You could feel exactly what they were feeling, because they embodied the emotion. The focus on anatomy and real expressions came later; something which ultimately dampened down the strip.

Anyway, Elly was my emotional twin, so when she was enraged, I drew her the way I felt–with hugely exaggerated features. When she was shy, contrite or sad, I withdrew into her. Her features became smaller and more demure. It was my son, Aaron, who noticed the difference in the way I drew her and told me she had an "inflatable nose".  Even after he pointed this out, I continued to draw her this way, because she had to look the way I felt! 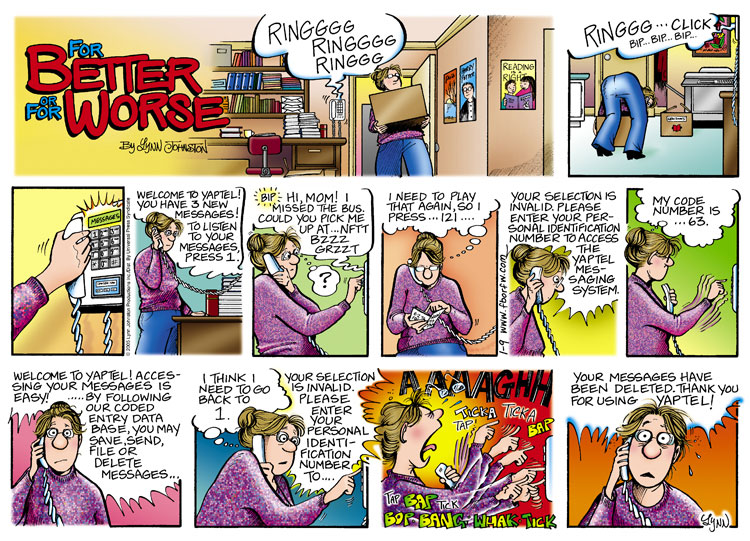 People often asked me why Elly was so ugly. She wasn’t supposed to be ugly–she was supposed to be funny! As the strip matured and new characters like Deanna were added, for example, my drawing style became more illustrative and bodies became more accurate. Deanna was never able to scream, cry, or twist with angst because she was too stiff and realistic. 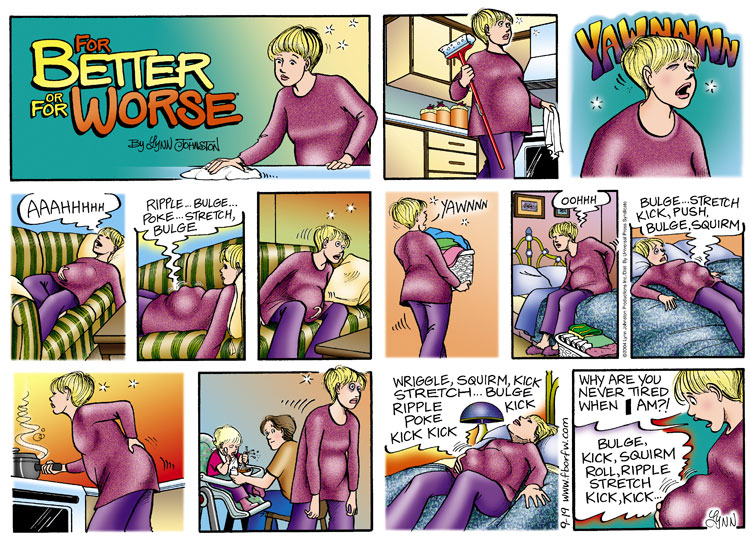 Ultimately, this was one of the things which made me end the strip. I had "improved" the characters and the  backgrounds until the comedy was gone. As long as Elly was elastic and inflatable, she was funny. What drove me to draw in the first place was the laughs!