The Reuben awards (comic art “Oscars”) were held in this year at the Omni Hotel in downtown San Diego. I arrived late the night before — thinking I’d be alone at the registration desk, but as I’d hoped, there were a few people I knew standing in the foyer chatting and waiting to see who else was checking in.  I have been attending this annual event for over 30 years. Each year, those of us who began our syndicated careers at the same time become closer; we see our heroes disappearing and our contemporaries less comfortable with travel, and we know how precious these annual get-togethers are. We are the “old guard” now!

The event begins with breakfast and an annual general meeting, where we find out what’s happening, what’s not happening, and who’s doing what. We welcome the new members, bring up topics for discussion, and then it’s back to the bar and possible attendance at the series of talks given by folks in the industry. This is always fun. Cartoonists are some of the best speakers out there — so you have comedy in lecture form…A great way to learn stuff.

The Reuben Award evening is a black tie affair. The ladies wear something new, guys tend to brush off the tux they wear once a year, and everyone says how great everyone else looks. This crowd rarely dresses up. 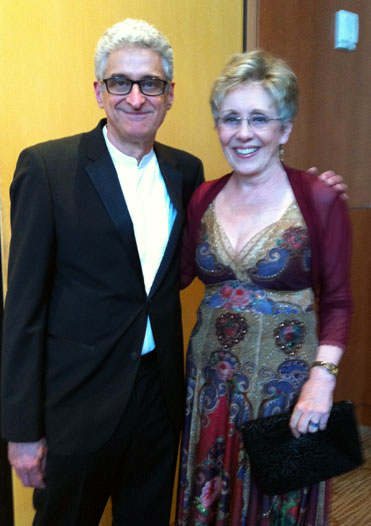 Awards aside, the evening is funny, exciting, sentimental and even sad. The number of great cartoonists who leave the planet every year is surprising. On big screens, their names scroll by in memoriam — it’s hard to say goodbye. We see their artwork and their photographs, and the great room is silent.  We are lucky to have known them; friends whose humour and artistry we’d admired, quoted, studied and stolen from are gone. For the “old guard,” the conversation afterwards is…who’s going to be next!

There are many categories in the world of comic art. Comic books, animation, panels, strips, graphic novels, and greeting cards are a few. Winners in each category receive a plaque, which, in all sincerity, is an honour. Other awards are given out before the “Big One” is presented.

This year, Weird Al Yankovic was given an “Ace award” —  devised to honour those whose career in comedy has helped to alleviate the world’s woes. Not quite able to figure out the significance of the “Ace,” he accepted gracefully. An award is a great way to make someone famous attend your dinner and give a free speech.

Bunny Hoest and John Reiner received the “Gold Key” for two lifetimes of achievement. Nobody knows what it opens. And at last, Wiley Miller won the Reuben for “Non Sequitur,” for which he thanked his mother. The evening wrapped up with a big after party. I lasted until 2:00 am…5:00 am my time. A rare night on the town. There are too many friends to see, and so little time to hug and catch up with them…and, I never think to take out my camera.

On the last day, we were all invited aboard the Midway — an old aircraft carrier (now a museum), for an opportunity to draw for visitors and to dine on the runway above. What a monstrous thing it is. Standing on the top deck, you can’t see from one end to the other. It seemed to be the size of three city blocks. Decommissioned aircraft of all kinds were on display, and flight simulators were available for visitors to try. All in all, it was an unforgettable experience. I wish we spent as much on hospitals and education as we spend on war.

Here are a few of the pics I took aboard the carrier. 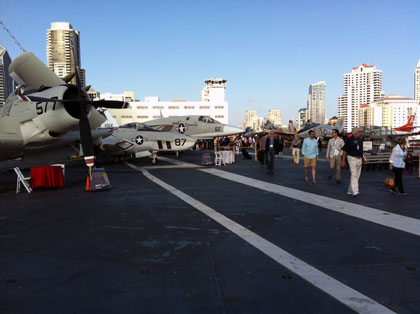 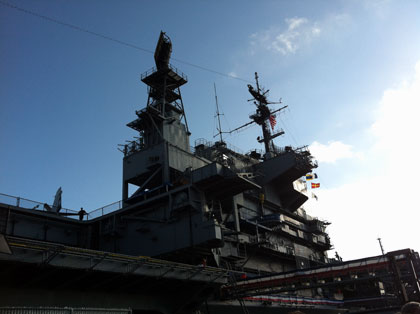 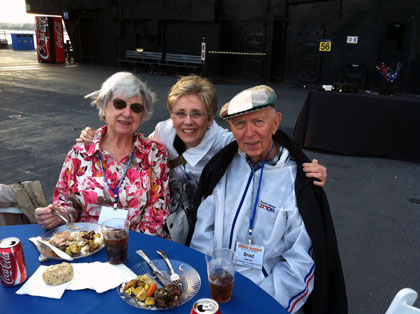 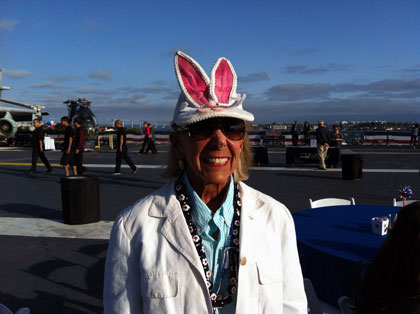 Bunny Hoest (writer of The Lockhorns and others) 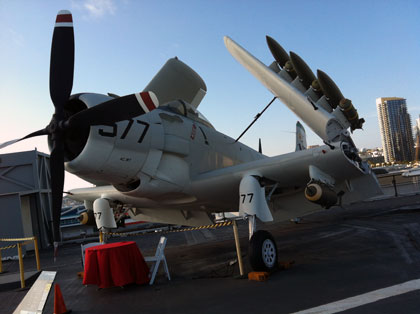 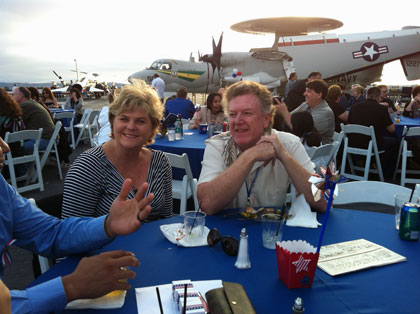 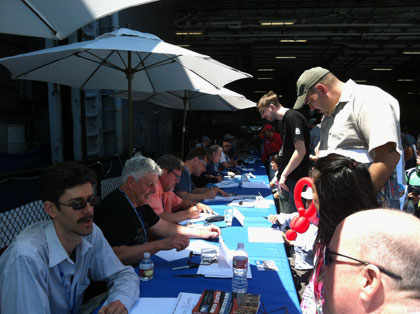 A group of cartoonists, cartooning. 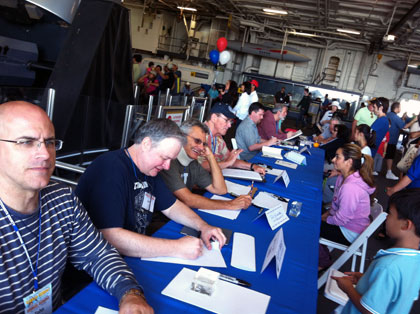 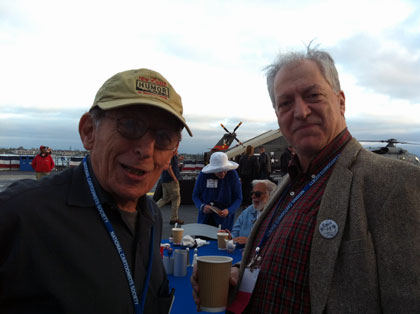